Woman asked to give up seat on Tube to young boy 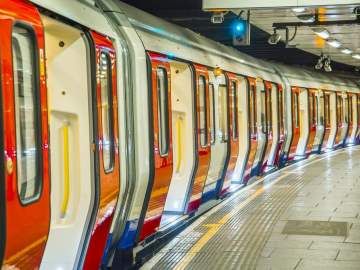 A woman has sparked a debate on tube etiquette after giving up her seat on the London Underground for a young boy.

The woman involved said the boy's mother asked her to let her son sit down because he was "just a child".

She later questioned whether she made the right decision.

The post led to some debating in what circumstance an adult should give up a seat for a child, while others shared their experiences of being asked to stand.

Describing the incident on Reddit, the woman said: “On the busy tube and managed to get a seat when a woman tells me give my seat to her son because ‘he’s just a child’.

“He looked 10 years old and she didn’t say he needed a seat for any particular reason.

“I stared at her in disbelief and didn’t even know what to say and then she raised her voice at me and told to get up. So I just got up and looked around and everyone seemed just as mystified.”

The woman, who in another comment said she was 24, said as she stood she wondered whether she had handled the situation appropriately.

She added: “Now I’m on the train home thinking, ‘why did I get up?!’ Is a child more entitled to a seat just because they’re a child? Or am I wrong?”

As she was asked the passenger had contemplated saying no and said: “When I was standing I was shaking from the adrenaline of actually almost saying something.”

Following on from this, some said they would have stood up for a variety of reasons.

Some said their actions would have been to simply avoid confrontation, whereas others said there may have been a reason the child needed the seat which was not obvious on first sight.

A number of parents responded, stating their children were sometimes offered seats but generally when they were younger.

Another consensus from some responses was that they felt children should be the ones encouraged to stand generally.

“I make sure my children don’t take seats before adults. They’re young it’s good for them to be on their feet. If people offer the seat that’s fair enough but no way would I expect someone to give their seat up,” wrote one.

There were others who said that because they looked young and fit they were often asked to stand, despite there being issues which made doing so difficult for them, such as pains from previous injuries.

Transport for London’s guidelines on giving up seats state: “We encourage all customers to be considerate and use their common sense.”
It is possible to apply for a card or badge which states “please offer me a seat” for those in need.

The guidelines add: “We can't insist customers give up their seat for you but if you are struggling to get the attention of your fellow passengers, politely approach someone and make it clear you require a seat. You do not need to explain your reason but don't forget the person in the seat may also require it.”

When the question was raised previously, social etiquette experts suggested children should not automatically be offered a seat. Advice from Debrett's, a recognised authority on etiquette, suggested exceptions should be made for children who are very young, ill or impaired. It was also suggested that parents carrying children should be given seats.