Will Mark David Chapman ever be released? 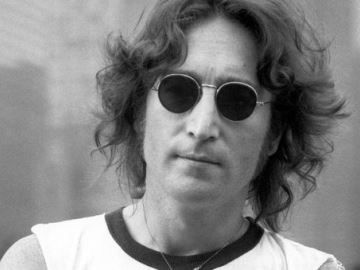 In December it will be 40 years since the murder of The Beatles’ founder and before then a parole board will consider for the 11th time whether his killer should walk free. James McMahon looks back at the events of that fateful day in 1980, and at the man who ended the life of a legend.

Two summers ago, in August, Mark David Chapman took off his prison uniform, put on his smartest clothes and – under the watchful eyes of the Wende Correctional Facility guards – made his way to the New York Parole Board building complex. This was the 10th time Prisoner 81A2860 had made such a journey, all of which had taken place within the past 20 years, having made his first appeal two decades after his initial conviction for the murder of John Lennon. Ten journeys there. Ten journeys back. And 10 rejections, despite this time Chapman seeming more contrite than he’d ever been in his many appearances in the now familiar setting. “Thirty years ago, I couldn’t say I felt shame and I know what shame is now,” he told the parole board. “It’s where you cover your face, you don’t want to, you know, ask for anything...”

The man who violently ended the life of Lennon – and any hope that The Beatles may reunite 11 years after their messy split in 1969 – is now 64. He is losing his hair and resembles little the doughy, socially inept young man who announced himself to the world 40 years ago. Five shots. Four bullet-holes in the back of Lennon, who was pronounced dead on arrival at Roosevelt Hospital, New York, a little after 11pm on the evening of 8 December 1980.

Chapman was arrested metres from where the murder took place, outside the Manhattan Dakota apartment that Lennon and wife Yoko Ono shared with their five-year-old son Sean. There was the killer, leaning silently against the wall of the Dakota, reading the JD Salinger novel The Catcher in the Rye. The book, he would tell police upon their arrival, doubled as his “manifesto”. “I acted alone,” he said as handcuffs were applied.

Lennon was 40 at the time of his death. He had only just returned from a self-imposed five-year musical absence in which he had “baked bread” and “looked after the baby”. Then that October he released his first new music in years, with the release of the single “(Just Like) Starting Over”. His album with Ono, Double Fantasy, followed the next month, featuring songs he had written or finessed during a sailing trip in the summer of 1980. The trip was to be ill-fated; journeying from Newport, Rhode Island to Bermuda, Lennon’s yacht entered a prolonged storm. With most of the crew suffering from seasickness, the musician was forced to take control of the wheel alone. What followed was much meditation on the fragility of life. “I was so centred after the experience at sea,” he said, “that I was tuned into the cosmos – and all these songs came…”

Lennon and Chapman shared little in common, but both were searching for something. Just a few years prior, Chapman had made his own journey. He travelled to Tokyo. To Seoul. Hong Kong, Singapore, Bangkok, Delhi and Beirut, then London, Paris and Dublin. Through his adventuring, Chapman met his wife, a Japanese American woman several years his senior called Gloria Abe. She’d been his travel agent. They married on 2 June 1979 (and remain wed to this day). They settled in Hawaii. He took a job as a night security guard and started drinking heavily. In September 1980 he wrote a letter to a friend. “I’m going nuts,” it read. It was signed “The Catcher In The Rye”. Salinger’s meditation on alienation has a dark legacy; the book was found in John Hinkley Jr’s hotel room after his attempt on President Ronald Reagan’s life in 1981. Robert John Bardo was carrying the book when he murdered the model and actor Rebecca Schaeffer in 1989.