Why Marmite is about to be more controversial 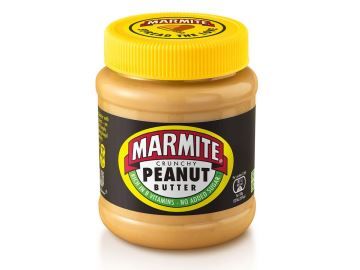 Marmite says it is blending its yeast extract with peanut butter in response to demand from the British public.

Marmite is a staple of breakfast tables across the country, known for long-running "love it or hate it" slogan.

And now, the divisive spread is set to become even more controversial, with the company unveiling plans to blend the yeast extract with crunchy peanut butter.

Marmite boldly claims that the new combination is exactly what the nation has been waiting for.

"We're delighted to bring the nation exactly what they've been craving with the creation of Marmite peanut butter."

The product is going to be available to buy online from Monday, and will make its debut on supermarket shelves next month.

As expected, reaction to the news has been mixed.

One fan heralded the announcement as the "best news ever", while others proclaimed that Marmite was a "trailblazer" and "so ahead of the trends".

Another enthusiast said: "If I could, I'd bury my head in a jar of that".

Others were not so easily persuaded - with one asking: "Is this a sick joke?"

A more level-headed shopper said that they love Marmite and peanut butter separately, but fear that combining the two is a step too far.

But Ms Williamson at Marmite was not put off, saying: "It's the most exciting product launch since the conception of the brand in 1902 and we're confident that the nation is going to love it.
"They ain't tasted nuttin' yet."