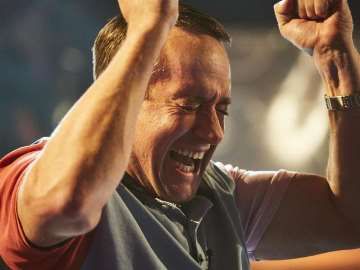 As Quiz drew to a close on Wednesday night (15 April), viewers took to Twitter to heap praise on the hit ITV drama.

Quiz, which has aired for the last three nights, starred Matthew Macfadyen and Sian Clifford as Charles and Diana Ingram, the couple accused of cheating on Who Wants to Be a Millionaire? in 2001.

Along with their alleged accomplice Tecwen Whittock, the couple were found guilty of conspiring to cheat on the show, after producers noticed suspicious coughs from Whittock when correct answers were read out.

ITV’s adaptation of the scandal has earned rave reviews, with The Independent’s critic Sean O'Grady awarding the finale four stars.

He wrote: "Even though we all know how it ends, it is a treat to watch, and makes house arrest that little bit easier to bear."

Fans shared their praise for the series on Twitter, saying it was "even more BRILLIANT" than the stage show on which it was based.

"What I love about the finale is that your still scratching your head about if they are guilty or not!" wrote one Twitter user. "The performances have been fantastic in this drama , I found my self so engrossed in the ingrams life. Excellent drama 10/10."

Many found themselves questioning the guilty verdict, with some crediting Helen McRory’s “bad-ass” performance as the Ingrams’ lawyer with changing their minds about the case.

"Bloody hell," wrote one viewer. "Can we all take a moment to appreciate what a fantastic actress Helen McCrory is."

Others praised the bizarre musical sequence in the finale, hailing it as "absolutely incredible".

"That random musical number was hilarious!" tweeted one fan.

Ingram himself is a fan of the show, having called it "excruciatingly enjoyable".

He also recently made headlines for his extraordinary rant about the original host of Who Wants to Be a Millionaire?, Chris Tarrant.