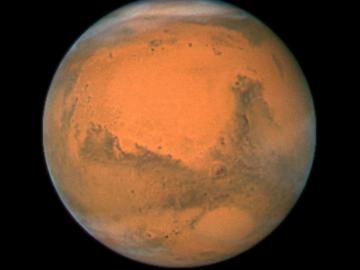 The government money will go to scientists looking at questions surrounding the possibility of present or past life on Mars, and frozen water at the moon's poles.

"This government funding will play a vital role in ensuring UK academics can continue to study the secrets of our solar system, from the polar regions of the moon to the potential of life on Mars.

"Research and innovation are at the core of our Industrial Strategy, and by investing in these types of projects, we are reinforcing our position as a world leader in these important and exciting areas."

The £3 million from the UK Space Agency's Aurora Science Programme is to be shared between 17 teams working at UK research organisations.

One of the biggest grants, £346,592, will go to an Oxford University group led by Professor Peter Read looking at the impact of dust storms on the Martian climate.