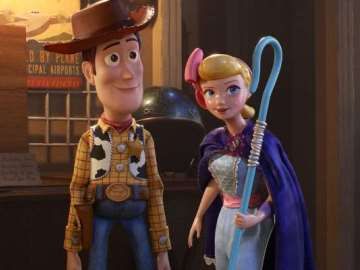 If the early reactions to Toy Story 4 are anything to go by, fans of the Pixar franchise are going to be left an emotional wreck by the latest instalment – but there is one thing they may be disappointed about.

For 21 years, Pixar movies have been preceded by an animated short. It started in 1998 with A Bug's Life, which was accompanied by Geri's Game, a five-minute film about an elderly man playing chess against himself in the park.

It went on to win an Oscar, which led to a tradition of Pixar attaching animated shorts to all of their movies. More recently, we've seen the likes of Lava (before Inside Out), Piper(before Finding Dory) and Bao (before Incredibles 2).

But Toy Story 4 has now broken that tradition, becoming the first Pixar film since the original Toy Story in 1995 to not feature an animated short.

However, fans who enjoy a starter before the main course shouldn't be too worried, because the film is still currently sitting at 100% fresh on Rotten Tomatoes, thanks to its absolutely gushing reviews.

Elsewhere, Tom Hanks recently revealed Disney supplied himself and Tim Allen with documented instructions to prevent them from dropping any spoilers.

Appearing on Jimmy Kimmel Live!, the double Oscar winner said: "I have these talking points that Disney gives you at the beginning of the press junket thing and these things are like Gutenberg Bible stuff."

Unveiling the paper document, he added: "Look at how many times I've studied them... I've spilled some tomato juice on it at one point."