This is the difference between whisky and whiskey, according to Diageo's expert 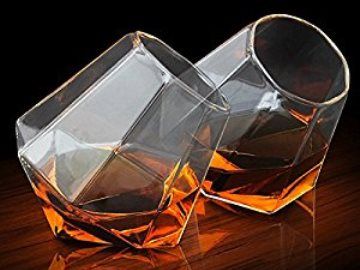 Whether you're a seasoned drinker or are only just starting to experiment, whiskey is certainly a globally-loved tipple of choice.

But don't fear — if you have no idea what you're doing when you drink (and order) it, you're not alone.

While it may seem obvious to some, "What's the difference between 'whiskey' and 'whisky?'" is an often asked — and Googled — question.

Business Insider spoke to Ewan Gunn, Global Brand Ambassador and Whisky Master for global drinks giant Diageo, to finally get to the bottom of the answer.

Gunn is an expert on Scotch, and has been in the industry for 19 years. For the past decade, his role — a hybrid of PR, media, brand education, and training — aims to tell people how to sell it, how it's made, and why it tastes the way it does.

He also knows how to spell it.

"Scotch whisky is always spelled without the 'e' — we use the extra time to enjoy the liquid itself," he joked. That makes it "whiskies" when made plural.

Canada and Japan usually go with the "whisky" spelling as well.

So there you have it — the spelling simply comes down to where the whisky — or whiskey — was made.

If that's still tricky to remember, food website The Kitchn came up with a clever way to make it stick — countries with "e"'s in their names (United States and Ireland) tend to use "whiskey," while those without an "e" (Scotland, Canada, and Japan) go with "