The new Starbucks ad has melted the internet 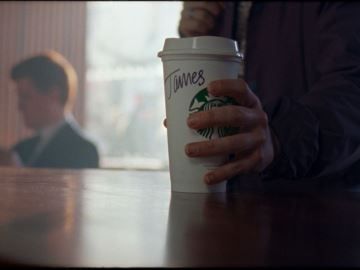 An advert by coffee giant Starbucks depicting a trans man using his name for the first time has melted the internet since premiering yesterday.

The #whatsyourname advert, which will help raise at least £100,000 for trans kids charity Mermaids, was shown for the first time on Channel 4 on February 2.

In the ad, a young trans man named James goes through several situations in which his deadname is used.

Being called for his appointment at a doctor’s surgery, receiving a parcel, meeting his dad’s friends  – the jarring sensation of being called ‘Jemma’ is clear.

Finally, at the end of the one-minute ad, James goes to Starbucks.

There, he says his name is James and we see it scrawled on a cup and then called out by the barista.

It’s an experience many trans people will recognise – and it clearly resonated, with people online flooding Twitter with praise and emotion.

“This is a lovely, authentic story. It will mean a lot to the trans kids who see this. Thank you,” said Dad Trans, a popular Twitter account run by the dad of a trans child.

Amanda Jetté Knox, a bestselling author and parent of a trans daughter, said, “This is lovely. Thank you for supporting trans kids.”

Starbucks pledged to raise a minimum of £100k for trans kids charity Mermaids, by selling cookies shaped and decorated like a mermaid’s tail.

Today is the first day these cookies have been available, and people have been sharing pictures of themselves buying the cookies and supporting young trans folks.

The mermaids cookie is hand decorated and 50p from each sale goes to supporting the Mermaids helpline.