Some parts of UK ageing twice as fast as others 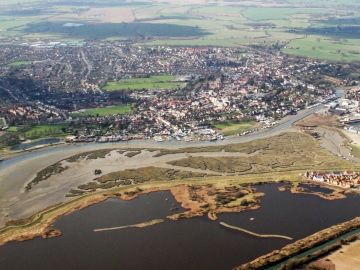 Parts of the UK are ageing twice as fast as other areas of the country, while in some cities the population is getting younger, a divergence that will have a lasting impact on local economies, local government and national politics, according to new research.

A study by the Resolution Foundation, an independent thinktank, found that the populations of Maldon in Essex, Copeland in Cumbria and Richmondshire in Yorkshire are ageing twice as fast as the rest of the UK, while Nottingham and Oxford are growing younger.

The report, entitled Ageing, fast and slow: When place and demography collide, said that while the UK population as a whole is ageing – one in four will be older than 65 by 2041 – there are widespread divergences in the pace and even the direction of ageing.

The UK’s average age has been rising steadily, from 36 in 1975 to 40 today, but there is a 25-year gap between the oldest and youngest local authorities: North Norfolk, where the average age is 54, and Oxford, where it is 29, reflecting its large universities, the Resolution Foundation said.

It found 60 local areas across the UK have a higher average age of older than 50, higher than Japan, the country with the highest average age of 46. In contrast, Nottingham and Oxford are among 23 places in the UK that have a younger average age than Chile’s 34. By region, London has the youngest typical age, at 35 years.

These age differences have been growing over time. Between 2001 and 2018, the ten oldest local authorities aged by nearly five years on average, compared to by just over two years nationwide. In contrast, the typical age of a person in Nottingham has fallen by three years since 2001, and almost one in five are now aged between 18 and 24.

Charlie McCurdy, researcher at the Resolution Foundation, said: “Everyone knows we’re getting older, but how and where this ageing is taking place is less well understood.

“Britain is growing apart as it ages because many rural and coastal communities are welcoming fewer babies each year, while migration within the UK and from abroad has seen younger people concentrating in urban areas that are already relatively young.”

Middle-income areas are ageing fastest, while the richest and poorest areas age the slowest, the research found. There are two key drivers: young people are leaving rural and coastal communities, which are already older on average than other locations, for urban areas, and low local birth rates are a key factor in ageing in older communities.

Poorer urban ethnically diverse areas are ageing more slowly because of high birth rates. The high birth rate in Barking & Dagenham – 19 births per 1,000 people, compared to 11 in the UK as a whole – has given it the highest proportion of under 18s in the country (30%).

The thinktank says increasing divergence between old and young areas will have a lasting impact on local economies, local governments and national politics.

MPs are becoming increasingly reliant on the demographics of their constituencies, with older and younger seats becoming safer for the Conservatives and Labour respectively.

For local economies, the foundation says that policymakers should tailor their economic strategies to local demographics, including benefitting from the potential of young graduates, or the greater spending power of pensioners.