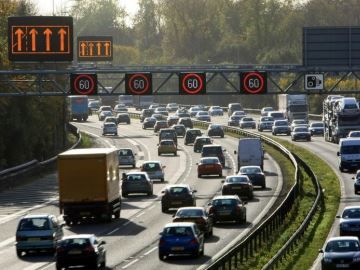 No new smart motorways will be opened until a Government safety review is completed, the Transport Secretary has announced.

Grant Shapps told the Commons that a £92 million project in Kent is among those that will not open to traffic while the dangers of the roads are assessed.

Work to convert a 6.5-mile stretch of the M20 into a smart motorway between West Malling and Aylesford was due to be completed in March after two years of work which has disrupted journeys.

Chatham and Aylesford MP Tracey Crouch asked Mr Shapps if he agreed that the new road system should not open because it does not have stopped vehicle detection systems or “appropriately spaced emergency refuges”.
The Transport Secretary replied: “That stretch of the M20 and all other stretches which are currently being worked on will not be opened until we have the outcome of the stock take.”

Other smart motorway schemes due to be completed this year include:

– A 13.6-mile stretch of the M6 between Coventry and Coleshill.

When Mr Shapps announced his review in October 2019, he said he wanted to ensure all motorways in the country are “as safe as they possibly can be”.
Philip Gomm, of motoring research charity the RAC Foundation, said: “On safety grounds this pause is unarguable. But it does mean that for users of the M20 – who have suffered delays not just because of this scheme but also the Brexit-related speed restrictions and lane closures – the inconvenience is set to go on.

“No-one underestimates the complexity of these schemes but it does underline the need to get the design right first time.”

Smart motorways involve using the hard shoulder for live traffic and have been developed by Highways England as a way of increasing capacity without the more costly process of widening roads.

But there are growing concerns that the removal of a permanent hard shoulder has created a safety hazard, with some drivers being killed after stopping in live running lanes.

A recent investigation by BBC Panorama found that 38 people have been killed on smart motorways in the past five years.

A report by the all-party parliamentary group for roadside rescue and recovery earlier this week claimed the roads are a “death trap”.