Restaurant charges £70 for 2 burgers and 3 coffees 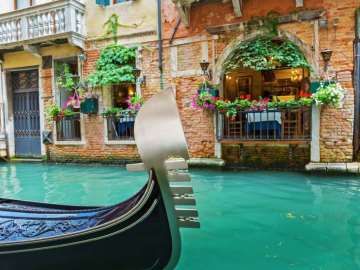 A restaurant in Rome has been criticised after charging tourists £70 for two burgers and three coffees.

A picture of the receipt for the pricey meal at Caffe Vaticano, near the Vatican, was circulated on social media.

Emma Cheppy shared the snap on Facebook as warning for tourists to the Italian capital.

“So this photo is trending in the expatospheres of Rome,” she captioned the post.

“VISITORS OF ROME BEWARE: Caffe Vaticano has been ripping off tourists for ages apparently.

“Just skip it and find another place to eat near the Vatican. There’s tons!”

She added that the restaurant doesn’t have a menu posted, so it’s hard to find out prices before ordering.

The restaurant has a rating of just 1.5 stars out of 5 on Tripadvisor, with many of the reviews complaining of mediocre food and extortionate prices.

“We stopped in here for a quick drink and bite to eat after being through the Vatican,” wrote one reviewer.

“The food was average and the prices are double if not triple what you pay elsewhere is Rome. The menu without prices should have been a warning sign.

“Save your money and walk down the street. This place would be relying on tourists that will only visit once.

“It was such a disappointing way to finish a great day out.”

Tripadvisor has had to temporarily disable comments on Caffe Vaticano since the receipt went viral; users who’d never visited the restaurant were leaving negative reviews, which goes against the site’s policy.

It’s not the first time a restaurant in Italy has faced criticism for overcharging.

In 2018, a group of students called the police after a Venice eatery charged almost £1,000 for a meal.

The group of four students, who were studying in Bologna, had eaten at Osteria de Luca restaurant close to St Mark’s Square when they were presented with a £970 bill for three steaks, fried fish and mineral water.