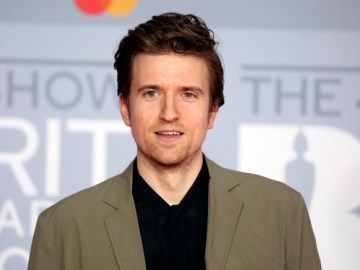 It seems Greg James had had one blinder following the Brits as he failed to turn up for work on Wednesday morning.

Seems no one taught poor Greg about how to pull an all-nighter like Nick Grimshaw did back in the day, eh?

Fans were wondering what the heck was going on at 6.30am when instead of hearing the dulcet tones of regular Radio 1 Breakfast host Greg, we were greeted by Adele Roberts.

A delightful surprise, we should add, as she continued on after her early breakfast show showing us how those double shifts go. ‘Yeah about that,’ Adele said as she introduced the show as the last-minute stand-in host. ‘Radio 1 Breakfast with Adele Roberts – I can’t believe this is happening.’

Labelling him a ‘dirty little no show’, Adele continued: ‘Has anyone seen him, on anyone’s Instagram?’

Oh…a search for Greg James? We’ve been down this road before…

‘The last I saw him was…you know Grace on Breakfast, he was on Grace’s Instagram Stories about midnight,’ Adele continued. ‘I saw a flash of him with Yannis from Foals.

‘If you do spot him, please do send him our way.’

Greg’s last post on his own Instagram had him posing on the red carpet at the O2 for last night’s show, as he anticipated a rough start to the morning.

‘All the best ones won. Foals, Dave (PERFORMANCE OF THE NIGHT BY A MILLION MILES), Celeste, Mabel, Billie, Capaldi, Stormzy. What a night,’ Greg posted following the awards, which ended at 10pm. ‘6:30am is gonna be fun.’

Hmm this isn’t the first time Greg has sent listeners on a wild goose chase of sorts and we all know he loves a prank, so we can’t help but think there is more to this than Greg simply sleeping through his alarm.

Is he somewhere necking tequila with Lizzo!? In a field somewhere with Lewis Capaldi after too many Buckfasts?

Fans were all over the socials having a laugh at the ‘dirty no show’ as Adele called it ‘wonky Wednesday – the day the wheels fell off’ due to the host’s apparent sickie.

It was around this time last year Greg pulled a rather epic prank when he was taken and placed in an escape room, spending more than 31 hours trapped inside, hosting the show, trying to crack the code to free himself. Who knows what’s going on but fair to say Greg had a great night last night.