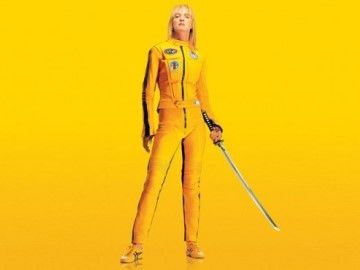 Director Quentin Tarantino revealed in a chat with Andy Cohen that he has an idea for a third installment in the series, which stars Uma Thurman as a vengeful bride.

And when Cohen asked about a potential Volume 3, Tarantino admitted that he had finally come up with a good idea for it.

“I do have an idea of what I would do with it,” he said. “That was the whole thing, was conquering that concept, exactly what’s happened to the Bride since then and what I would want to do. I wouldn’t want to come up with a cockamamie adventure. She doesn’t deserve that. The Bride has fought long and hard.”

“But now I have an idea that would be interesting,” he continued. “I wouldn’t do it for a little bit. It would be like at least three years from now, or something like that. But it is definitely in the cards.”

The original Kill Bill hit theaters in 2003 with a follow-up that opened in 2004.

The director previously spoke about the possibility of a Volume 3 on the Happy Sad Confused podcast in July.

“Me and Uma have actually talked about it recently, frankly, to tell you the truth,” Tarantino said. “I’m not sure if I’m going to do it, but I have thought about it a little further.”

When asked if there was a character he thought about most often, Tarantino said, “I think the four that would qualify the most [would be] the Bride, Bill, Landa and Aldo,” referring to Thurman, David Carridine, Christoph Waltz and Brad Pitt‘s characters, respectively.