Poor diet causes one in seven deaths in Britain 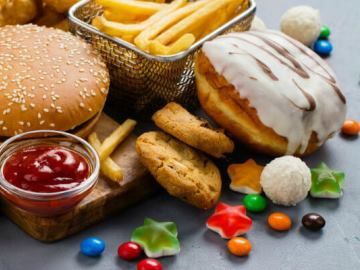 Unhealthy diet causes one in seven deaths in Britain every year, a Lancet study suggests.

The research found lack of fruit and fibre is taking the heaviest toll, fuelling conditions such as cancer, heart disease and diabetes.

The study by the University of Washington identified lack of wholegrain, nuts and fruits as the worst elements of the British diet.

Too much salt was the fourth biggest dietary risk factor, followed by too little vegetables.

And the study found that fizzy drinks and processed meats such as ham and bacon were only minor contributors to Britain’s death toll.
In total, poor diet was found to be responsible for 90,000 deaths in the UK a year – around one seventh of the 607,000 fatalities annually.

In Britain, bad eating habits cost almost as many lives as smoking the study found.

Researcher Dr Christopher Murray, from the University of Washington, said: “This study affirms what many have thought for several years – that poor diet is responsible for more deaths than any other risk factor in the world.

“Our assessment suggests the leading dietary risk factors are high intake of sodium, or low intake of healthy foods, such as whole grains, fruit, nuts and seeds, and vegetables.”

The research looked at 195 countries around the world.

Globally, unhealthy eating was responsible for more than one in five deaths in 2017, fuelling 10.9 million adult deaths.

This was more than any other risk factor including smoking - which was associated with 8 million deaths, and high blood pressure, linked to 10.4 million deaths.

Cardiovascular disease - such as strokes and heart attacks - was the biggest contributor followed by cancers and type 2 diabetes.

More than 130 scientists from nearly 40 countries contributed the study, funded by the  Bill & Melinda Gates Foundation, in the most comprehensive analysis of its kind.

Tracy Parker, senior dietitian at the British Heart Foundation, said: “This study confirms the sad truth that poor diet is responsible for more deaths than any other risk factor in the world.

“It is especially concerning to see that so many deaths in the UK could be avoided by tackling obesity, poor diet and physical inactivity.

“UK guidelines advise that we should be eating plenty of fruit and vegetables as well as beans, lentils, fish and wholegrains. Cutting down on foods high in salt, sugar, saturated fat and calories will also lower the risk of becoming obese and help prevent high cholesterol and blood pressure and type 2 diabetes; all known risk factors for heart and circulatory disease.

Dr Anna Diaz Font, from the World Cancer Research Fund, said: “This study is very important as it demonstrates the major role that diet plays in the health of individuals and populations.”

“Our own research shows that having a poor diet increases the risk of cancer as well as overweight and obesity; further increasing the risk of 12 different types of cancer.”
Its experts recommend limiting alcohol consumption, red and processed meat and making fruit and vegetables a major part of the daily diet.

Dr Oyinlola Oyebode, Associate Professor at Warwick Medical School, said: “This high-quality research examines dietary patterns across the globe and linking these to data on death and illness to determine what might be the most important dietary factors in the development of disease in the countries studied.

“It is important to note that the authors linked the dietary factors to death and disease based on data from observational studies, which they mention as a limitation in the paper and the press release.”