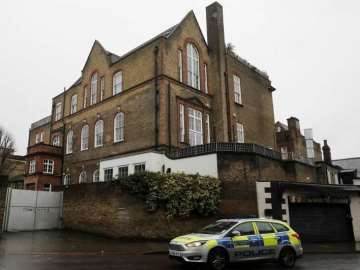 Politicians have condemned press intrusion, calling for more regulation of both traditional and social media after the death of TV presenter Caroline Flack.

The former Love Island presenter is understood to have taken her own life on Saturday at her home in Islington, London. She had been charged with assaulting her partner and was due to stand trial in several weeks’ time.

ITV confirmed that Sunday’s episode of Love Island would not be broadcast but the current series would continue on Monday.

A spokeswoman said: “Many people at ITV knew Caroline well and held her in great affection. All of us are absolutely devastated at this tragic news. After careful consultation between Caroline’s representatives and the Love Island production team, and given how close we still are to the news of Caroline’s tragic death, we have decided not to broadcast tonight’s Love Island out of respect for Caroline’s family.

“Love Island will return tomorrow night which will include a tribute to Caroline who will be forever in our hearts.”

Labour leadership contender Keir Starmer criticised mainstream outlets for “amplifying” damaging social media posts about Flack, and signalled he would take action to “diversify” the press if he won the race to succeed Jeremy Corbyn.

The former director of public prosecutions said the presenter’s death “shocked a lot of people”, adding: “It wasn’t just social media, it was the media amplifying what social media was doing. It was both strands. There is a human impact.