PCP car deals: the facts, plus the pros and cons 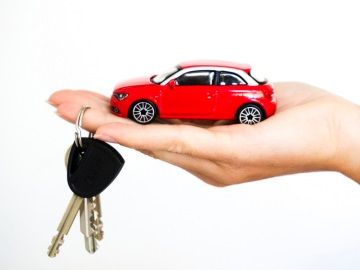 There are many options open to buyers who want a new car without paying for it in one lump sum.

One of the most common options is a Personal Contract Purchase (PCP) deal, a type of vehicle finance that allows buyers to pay for a new vehicle on a monthly basis over two to four years.

The flexibility offered by these finance schemes has led to their popularity, with four in five cars purchased in the UK now being tied to a PCP agreement.

However, a report from the Financial Conduct Authority (FCA) last week, which found that PCP customers were being overcharged by more than £1,000 due to car dealers inflating interest rates to boost commission, has put the scheme under the spotlight.

Here’s everything you need to know about PCP deals:

What is a PCP deal?
A PCP finance deal is “basically a loan to help you get a car”, says MoneySavingExpert. Unlike conventional loans, where customers pay off the entire value of a car, buyers hand back the vehicle at the end of the finance period.

It’s a “complex” scheme that can be broken down into three different sections, the financial advice site says.

The first step is the deposit on the vehicle, which is often around 10% of the value of the car. Some carmakers offer contributions to this deposit, usually between £500 and £2,000. This amount is then added to the deposit you place on the car, which helps brings down the monthly payments.

Buyers next select the amount of money they want to borrow. This depends on the contract period, usually between 24 and 48 months, and the deposit amount. Dealers then add interest on top of the monthly payments. Rates vary by dealer, so it’s best to check the small print before signing up to any PCP deal.

Customers only “pay for the depreciation”, which is the difference between the car’s initial cost and its value at the end of the contract, says Parkers.

Once the PCP period comes to an end, buyers are given the chance to buy the remaining share of the car with a final instalment, known as a “balloon payment”, the reviews site says. The remaining value of the car can also be put towards the downpayment of a new PCP deal.

Buyers can, however, simply hand back the keys to the dealer at the end of the contract without paying a final fee or taking out another PCP deal.

What are the pros?

What makes PCP deals so popular is that they let customers buy cars that “might otherwise have been out of your budget”, says WhatCar?. This is because, in most cases, buyers pay lower upfront costs than with a traditional finance scheme.

PCP deals also appeal to those who like to change their car every three or four years, as customers can simply use the vehicle’s remaining value – known as Guaranteed Minimum Future Value (GMFV) – as the deposit for a new model when their contract comes to an end, says CarBuyer.

Finally, the majority of car warranties last for around three years, the reviews site says. This means that customers who switch PCP deals to a new car once their contract expires “never stop being covered by the cast-iron protection offered by a manufacturer warranty”.

What about the cons?

Although you’re the registered keeper of the car during a PCP deal, you never actually own the car unless you go ahead with the balloon payment at the end of the contract, says MoneySavingExpert.

This means that buyers don’t have an asset to sell once their PCP deal expires. This is a benefit with cars that depreciate quickly, but it can mean you spend more on a vehicle that retains its value.

PCP deals come with mileage limits and drivers can incur penalties of 7p to 10p per mile for exceeding the allowance, the website says. Drivers may also have to fork out for any marks on the car’s paint, or scuffed wheels.

Finally, there’s the issue of dealer-specific interest rates raised by the FCA last week. The watchdog claims that car dealers are setting higher interest rates on PCP deals than if customers were to take out a bank loan.

Given that lenders allow brokers to “set interest rates on the PCP agreements”, buyers could find themselves paying thousands in monthly fees, the BBC says. Therefore, customers must check with their dealer about monthly interest rates before signing on the dotted line.