Parasite sweeps, while Netflix loses out 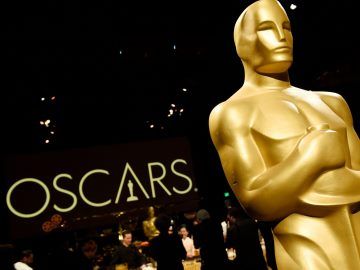 Netflix headed into the 92nd Oscars with 24 nominations — the most of any studio — expecting to dominate award season’s biggest night the same way it’s dominated the entertainment industry. Instead, Netflix walked away with practically zilch.

The streamer made out with just two awards: Best Documentary for American Factory (produced by President Barack and Michelle Obama’s production company) and Best Supporting Actress for Laura Dern. Its biggest films — The Irishman and The Two Popes — all went home empty handed.

Only just a week prior, Netflix’s studio chief Ted Sarandos rebuked claims that its lack of awards are previous award shows is part of a “backlash to a tech giant that is upending entertainment-industry business practices and threatening Hollywood power hierarchies,” as the New York Times wrote.

“A pushback? Nobody can say that with a straight face,” Sarandos said. “We got 24 nominations, the most of any studio. Our films have been honored across the board.”

Netflix’s Oscar push has been aggressive. Some industry competitors have estimated that Netflix spent approximately $70 million on its Oscars campaign — much higher than what most studios spend. Netflix hasn’t shied away from its Oscar ambitions, but the company is trying to increase its film output and become a full fledged studio in 2020.

Award show prestige is important to the company — especially when it comes to drawing in the best talent, like Martin Scorsese. Netflix has proven over the last few years that can secure the nominations, and even win from time-to-time, but getting the big wins are still a struggle. It’s clear that while Netflix moved from the kids table to sit with the adults, it’s still the odd one out right now.

Netflix’s night may not have gone as planned, but Parasite director Bong Joon-ho’s did. The director and his team walked away with a number of major awards, including Best Picture, Best Screenplay, Best International Feature Film, and Best Director. Bong used his time on stage to praise his fellow director nominees, including Martin Scorsese, who received a standing ovation during Bong’s speech. How’s he planning on celebrating his historic win?

“I’m ready to drink tonight,” he joked on stage.

It was a beautiful moment during an otherwise pretty standard show. Not even CEO Bob Iger could hide his boredom whenever the camera panned to him! Brad Pitt, Taika Waititi, Renee Zellweger, and Dern continued their season of award winnings, taking home respective prizes for Best Supporting Actor, Best Adapted Screenplay, Best Actress, and Best Supporting Actress. 1917 and Ford v Ferrari both took home multiple awards for achieving excellence in technical categories like Best Editing and Best Sound Mixing. Elton John won the prize for Best Original Song for his work on Rocketman.

Perhaps the biggest upset? Joker, which earned the most nominations for any individual movie, only secured two awards — Best Actor for Joaquin Phoenix and Best Original Score for Hildur Guðnadóttir. Although, depending on who you ask, maybe it’s not a total upset after all.

The full list of Oscar winners can be read below.

Once Upon a Time in Hollywood

Leonardo DiCaprio, Once Upon a Time in Hollywood

Tom Hanks, A Beautiful Day in the Neighborhood

Brad Pitt, Once Upon a Time in Hollywood

Quentin Tarantino, Once Upon a Time in Hollywood

ANIMATED FEATURE FILM
How to Train Your Dragon: The Hidden World

I Lost My Body

Once Upon a Time in Hollywood, Quentin Tarantino

Once Upon a Time in Hollywood, Robert Richardson

The Edge of Democracy, Petra Costa

Learning to Skateboard in a Warzone

Once Upon a Time in Hollywood, Wylie Stateman

Once Upon a Time in Hollywood

Once Upon a Time in Hollywood, Barbara Ling and Nancy Haigh

“I Can’t Let You Throw Yourself Away,” Toy Story 4

“I’m Standing With You,” Breakthrough

“Into the Unknown,” Frozen 2

Once Upon a Time in Hollywood, Arianne Phillips

The Lion King
Star Wars: The Rise of Skywalker