Over or under? Toilet roll debate finally settled 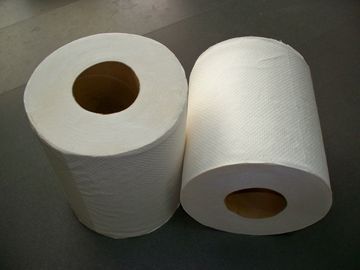 Apparently, there are two types of people in the world.

As for how this is decided, it's all to do with toilet roll.

By now, you will have come across the age-old question: Should your toilet roll hang over or under?

Maybe this question has caused conflict in your own home. Perhaps you've ended a relationship or even disinherited a family member based on their toilet roll orientation.

It did seem as if there was no answer was in sight, but some good news just in: There is!

CHOICE magazine discovered a 128 year-old patent dating back to 15 September 1891. It helpfully included a detailed graph which was explicit in showing the paper being left up and over the roll, rather than hanging under.

According to the MailOnline , the magazine wrote: "Here at CHOICE, we're fearless in finding truth in the most complex consumer concerns... which is why we set out to provide a conclusive answer to the controversial question of whether to hang your toilet paper over or under the roll.

"So, at risk of permanently losing members, we're here to announce that 'over' is the correct way to hang toilet paper."

The number of responses to this bombshell revelation are testament to how heated this debate has become.

"Over. Under makes me uncomfortable," wrote one reader.

"Over. Because I'm not a monster," agreed someone else.

But over in camp "Under", someone else said: "Under all the way. It gives you better, quicker and easier one-handed control of the number of sheets used."
Can't we just all be friends?