New drivers forced to shell out £7,000 to get behind the wheel 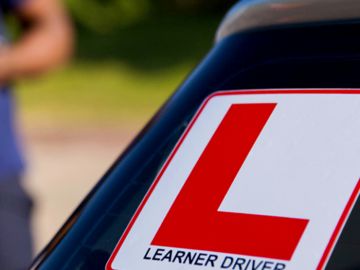 Young drivers must each fork out almost £7,000 just to get behind the wheel, damning statistics claim.

The cost of cars and driving lessons are increasing massively across the country, it's said.

It means parents are often splurging thousands to get their kids on the road.

Matt Oliver, spokesman for GoCompare Car Insurance, said: "Car insurance for younger drivers is still pricey compared to those who’ve got a few thousand safe miles under their belts.

"Unfortunately, statistics show that newly qualified drivers are more likely to have accidents, and when they do, they tend to be more serious and the claims are bigger, hence the higher premiums.

"Choosing the right car, preferably with a smaller engine to start with, and selecting a telematics or 'black box' type of insurance policy can help to keep costs down when starting out.

"The cost of getting a young driver on the road has increased again but this is down to the new motorists splashing out more on their first car."

But 12% of the 1,000 parents surveyed said they haven’t given or won’t be giving their child any money to help them start driving.

Back in 2009, the combined cost of a new young motorist learning to drive, buying, taxing and then insuring their first car stood at £5,731. It's increased by a whopping 20% since to nearly £7,000.

But you can find out the cost breakdown for your area by putting your postcode into our interactive gadget below.

GoCompare 's analysis looked at the cheapest insurance premiums quoted to customers in each area to calculate the average.

It then took into account the amount people spend on their first car, the cost of a licence, driving lessons, tests, and road tax to come up with a total for each area.

But the research only focused on policies where the main driver of policy was 17 years old and holds a full UK licence. It also excluded postcode areas where fewer than 10 customers had quoted.

The company, which was founded in Newport, south Wales, has offered tips for new drivers to keep insurance costs down.

Tips for new drivers to keep insurance costs down