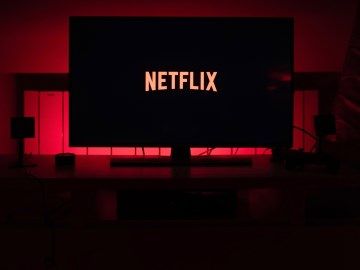 Netflix has come in for criticism from film-makers over a new feature that allows viewers to speed up or slow down its programmes and movies.

The function, which is still on trial, allows mobile users to watch its content at various different speeds.

The Incredibles director Brad Bird and Knocked Up's Judd Apatow were among those who tweeted their concerns.

Apatow, also creator of the Netflix series Love, said the function was "ridiculous and insulting".

The feature allows users to play content from half the normal speed up to one-and-a-half times faster, and is reportedly only available to Android mobile users.

Bird, whose films also include Mission: Impossible - Ghost Protocol, said it was "another cut to the already bleeding-out cinema experience".

Spider-Man: Into the Spider-Verse co-director Peter Ramsey added: "Does everything have to be designed for the laziest and most tasteless?"

Actors who have complained include Breaking Bad's Aaron Paul, who said the feature amounted to "completely taking control of everyone else's art and destroying it".

"This last test has generated a fair amount of feedback - both for and against. This is a mobile only test and gives people the ability to vary the speed at which they watch on phones or tablets...

"It's a feature that has long been available on DVD players - and has been frequently requested by our members. For example, people looking to rewatch their favourite scene or wanting to go slower because it's a foreign language title."

The function could also appeal to viewers with a backlog of box sets to binge on. In fact, some people have for a while been indulging in "speed-watching".

Google Chrome has extensions that allow viewers to speed up Netflix content, while YouTube offers a variable speed feature, as does Apple for podcasts.

There's even an "efficiency expert" out there who advises watching at faster speeds to make the most of your viewing time.

"More jokes, more laughs, more drama, more suspense - same time," Michael Kirk, creator of the Efficiency is Everything website, writes. "Efficiency: Like an assembly line, if we increase the speed of the line, we will see more completed.

Netflix's Keela Robinson said the company had "been sensitive to creator concerns", so hadn't included TVs in this test and had also put in an audio pitch adjustment feature.

"The company has no plans to roll any of these tests out in the short term," she added. "And whether we introduce these features for everyone at some point will depend on the feedback we receive."