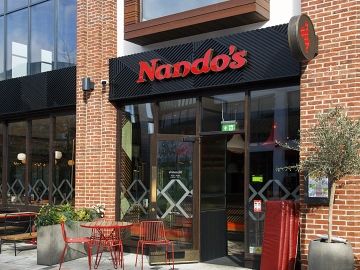 The band ordered £1,000 worth of food as they played a sold-out concert at Anfield stadium.

While Nando's declined to comment on what was ordered, we can only assume it was a lot of chicken.

In fact, £1,000 worth of food from Nando's would be the equivalent around 60 full chickens.

A Nando's spokesperson has confirmed the restaurant stopped taking orders for around an hour from 8pm when the rock star's order came through.

While keyboard player David Bryan attended San Carlo on Castle Street after the band had checked in at their hotel.

The trips out in Liverpool didn't stop there, as the musician also made the most of the city's sights by visiting Paul McCartney's childhood home.

The rock starwas pictured outside of 20 Forthlin Road , on Tuesday, on what was the former Beatle's 77th birthday.