Myth could see you fined £2,500 and banned from the road 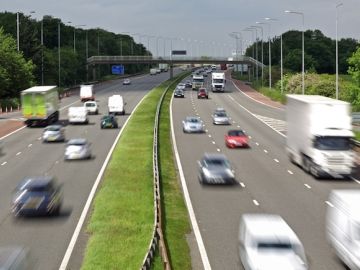 Drivers have been urged not to risk their licence by falling for a common misconception about speeding.

Speeding is a constant hot topic among drivers and many believe that it’s okay to exceed the limit in order to complete an overtaking manoeuvre.

However, there is absolutely no truth in the driving myth and anyone speeding while overtaking leaves themselves open to the same punishment as anyone else breaking the limit.

The standard penalty for breaking the speed limit is a £100 fine and three points but depending on the severity of the offence fines can reach £1,000, or £2,500 if committed on a motorway, and carry six penalty points or a driving ban.

Francis Noakes, of the Get Licensed Driving School said: “From own experience, I know many drivers incorrectly believe they are allowed to break the speed limit just to get past another motorist.

“But let’s set the record straight - this is nonsense.

“The speed limit is the speed limit, full stop. It’s the maximum you’re legally allowed to travel on that road, no matter what you happen to be doing.

“Overtaking is no excuse for speeding. And if you have to break the speed limit to perform an overtaking move, then you should think twice about doing it.”

The Highway Code advises that when overtaking drivers should move quickly past the vehicle in front. However it also says that you should only overtake when it is safe and legal to do so and emphasises that the speed limit is an absolute maximum, which should not be exceeded.

Recent Government figures show nearly 8,000 vehicles were involved in an overtaking accident in 2017, of which 55 per cent were car drivers.

They also reveal that 220 people were killed and 1,493 seriously injured in 2017 in crashes were a driver breaking the speed limit was a contributory factor.

A spokeswoman for the Royal Society for the Prevention of Accidents said: “The basic, common sense message, is do not overtake unless you are sure you can complete the manoeuvre safely and without causing risk or inconvenience to another road user.

“Although you should complete an overtaking manoeuvre quickly, never exceed the speed limit for the road.”