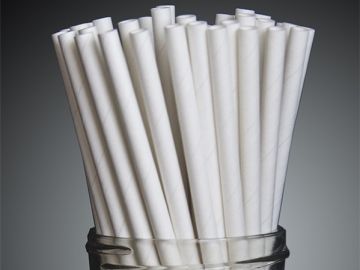 McDonald's new “eco-friendly” paper straws cannot be recycled and must be binned and burned instead, a report claims.

Plastic straws were withdrawn in all UK branches as part of a green drive - even though the fast food giant has said they were “100 per cent recyclable”.

Now an internal memo admits the paper versions - hated by customers — must be binned and burned, it was reported.

An insider told the Sun: “When McDonald’s introduced paper straws it was getting pats on the back for being environmentally responsible.

“But it seems like it was a stunt to appease green campaigners because the things go straight in the rubbish. It’s ridiculously stupid.”

The paper straws have infuriated thousands of McDonald’s customers who claim they make milkshakes hard to drink and dissolve in cola.

The firm has admitted that its plastic straws were “100 per cent recyclable” but said it changed to paper because “more can be done”.

Stuart Foster of plastic recycling charity RECOUP said: “Everyone is switched on environmental discussions but the big firms need time to understand what they’re doing.”

McDonald’s pulled its plastic straws in September and vowed to use paper ones in all its 1,361 branches across the UK and Ireland.

The internal memo admits: “Paper straws are not yet recyclable and should be disposed of in general waste until further notice.”

McDonald’s said yesterday: “We strengthened our paper straws so, while the materials are recyclable, their thickness makes it difficult for them to be processed by our waste solution providers.

“We’re working with them to find a solution so putting paper straws in general waste is therefore temporary.”

Friends of the Earth’s Julian Kirby called on McDonald’s to axe all straws.

He said: “Lips have been a waste-free alternative for millions of years.”