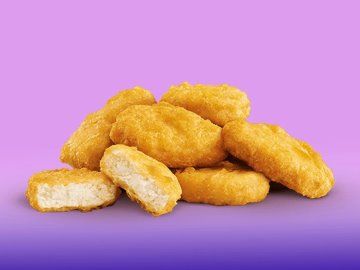 McVegan nuggets, a meat-free alternative to chicken nuggets, are currently being offered in select branches of McDonald’s.

A spokesperson from the company explained to Today these vegan nuggets were made up of mashed potato, chickpeas, onion, carrots and corn, covered in breadcrumbs and deep-friend until crispy and you can currently find them being trialled in the Norway branches of the fast food shop.

This is said to be the third vegan offering from the global chain. In 2017 the brand began offering customers a soy-based McVegan burger in Finland and in January of this year they revealed the McFalafel in Sweden.

And, if you’re wondering why the Scandis get all the meat-free fun, then you should know there’s a vegan Happy Meal currently available in the UK that stars a Spicy Veggie Wrap.

The wrap is made up of, blended split peas, breadcrumbs, Arborio rice, sun-dried tomato pesto and red peppers in a fried veggie strip.

In Chicago one branch has adopted one of India's best-selling items, the McAloo Tikki which featured a patty made from potatoes and peas.
Basically, McDonald's is a hop, skip and a jump away from being a dream destination for a hungover vegan and we fully support this.