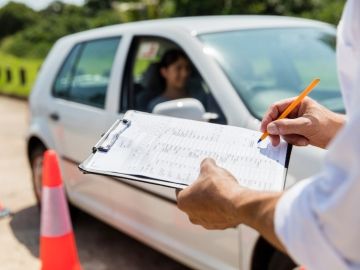 If you are looking to book your driving test any time soon you might want to opt for the Ipswich centre.

Learner drivers in Suffolk will be happy to hear that Ipswich has the second highest driving test pass rate in the whole of the UK.

Figures from 2019 show that 62.2% of learner drivers who take their test at the Ransomes Europark centre pass, this is second only to the test centre in Yeovil, Somerset.

Breaking down the figures even further you can see that the pass rate for men taking their test in the town is actually 66.4% whereas 58.2% of woman passed.

However this is still 20% higher than the figure for Bury St Edmunds, which shows only 38% of women pass.

Oliver Sullivan, 23, who passed his driving test in Ipswich on Friday, said: "It is an amazing feeling to have finally passed - I certainly took my time to knuckle down and get it done. "The examiners have a strict set of procedures they need you to carry out, so I wouldn't say I necessarily felt like I'd had it easy - but there were a lot of smiling faces in the test centre that day. "I only chose Ipswich as it's my closest test centre, but would I have chosen somewhere else if I knew it had a higher pass rate? Well, it wouldn't put me off the extra drive."

Don't forget to vote in our poll and let us know whereabouts in Suffolk or Essex you passed your test.