Here are 22 tips for a good night's sleep 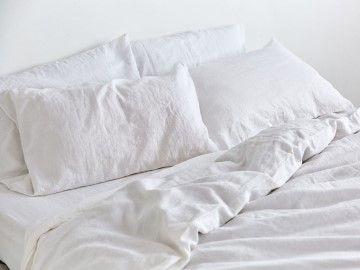 A whopping 35% of us suffer from sleep problems, and have done for more than five years.

So could the answer be in new book 222 Ways to Trick Yourself to Sleep?

Try these 22 foolproof ways to supercharge your snoozing...

1. Do the washing up

Washing dishes in the sink can calm the mind and decrease stress, according to a study by Florida State University. But you have to do it ‘mindfully’ – smelling the detergent and feeling the water temperature on your skin.

People who washed dishes in this way reported a 27% drop in anxiety.

Rocking is known to be relaxing and to promote sleepiness, and if you rock on your feet the movement can also release stress and tension by stimulating acupressure points on the feet.

3. Listen to a bedtime story

Just because you’re now an adult, it doesn’t mean you can’t get lulled to sleep with a tale or two.

There are plenty of apps and audiobooks, for example, the popular Calm app has a section of ‘sleep stories’ especially recorded for adults.

Every night, write down or say aloud five things that were good about your day.

Expert psychological studies carried out by UK and Canadian universities have demonstrated that just thinking about what’s good in your life at bedtime rather than what’s bad, can help you fall asleep faster and for longer.

Sounds bonkers, but it might just work. Researchers from the University of Glasgow asked one group of insomniacs to attempt to fall asleep as they normally would, and another group to lie in bed, keep their eyes open and try to stay awake for as long as possible. Result? The second group fell asleep faster – and reported less anxiety about drifting off.

Forget the mysterious, old-fashioned-quackery impression of hypnotism. Now there are hypnotherapy apps and YouTube videos to watch.

Sleep hypnosis encourages you to concentrate on someone speaking specific soothing verbal cues, and it can draw you away from any anxieties that may stop you sleeping, relax your mind and body, ease you into a trance-like state and even into more deep, slow-wave sleep (SWS).

If you start clock-watching when you can’t sleep you’ll start stressing out about how much kip you’re missing.

If you use nightlights in your bedroom, you might want to change them for the red-bulbed variety.

Red-based light has a higher wavelength and less power to interfere with your sleepy state.

Are you always on the losing side in the duvet tug-of-war and end up out in the cold?

The solution could be to sleep like the Scandinavians do. With two duvets. One single duvet each.

The body’s core temperature needs to fall by about 1C in order for our brains to receive the message to initiate the surge in night-time melatonin production that helps us fall asleep.

The ideal bedroom temperature is about 18C.

Are you washing your bed sheets weekly?

Well, you should be. Bed linen not only soaks up sweat and body oils but also harbours dead skin cells: perfect food for dust mites, which can cause allergies – and disturb sleep.

12. Use a weighted blanket

A Swedish study published in the Journal of Sleep Medicine and Disorders found that insomniacs who were given weighted blankets to sleep under found it easier to settle down to sleep, enjoyed calmer, better slumber through the night and woke feeling more refreshed.

Best to check with your doctor first.

A psychology study from St Lawrence University, New York State, found that people who live in cluttered environments took longer to fall asleep and experienced a worse quality of sleep than people who weren’t surrounded by ‘stuff’.

Ensure every surface in your bedroom has no more than three or four items on it.

A high-sugar diet can deprive you of sweet dreams, according to an American study, because the spikes and crashes in your blood sugar that you get after eating sweet foods can cause restlessness and disturb your sleep.

You’d do well to snack on walnuts in the early evening. They contain their own source of melatonin, the University of Texas found, and eating them increases the amount of the hormone in your blood.

Close your eyes, inhale, and look up to your ‘third eye’ – the point between your eyebrows. Lower your eyes as you exhale and repeat four times.

The movement is said to slow down your beta brainwaves (the active ones) to the more relaxed alpha brainwaves that induce sleep.

If you wake in the night, try to stay fairly motionless.

Your body interprets movements like tossing and turning as a sign that it’s time to wake up, and they can trigger adrenaline production too.

Being exposed to plenty of natural light during the day can help you sleep better at night.

The Journal of Clinical Sleep Medicine published an article showing that office workers who sat next to a window slept on average 46 minutes more at night during the working week than those who worked in offices with no windows.

Short naps can help refresh you and improve your concentration and alertness.

But timing is everything. Between the hours of 1 and 3pm we experience a small dip in core body temperature.

As well as vitamin D having bone-boosting benefits, research links a deficiency with poor sleep.

It may sound counterproductive, but trying this experiment – going to bed later than normal and spending less time there – could help you get lengthier and better sleep in the long run.

One study found that this practice, called ‘sleep restriction’, helped people with insomnia fall asleep sooner and stay asleep for longer when they tried it over a period of eight weeks.

Lots of commonly prescribed pills, such as alpha-blockers and beta-blockers (used to combat high blood pressure ), SSRIs (selective serotonin-reuptake inhibitors) for depression, and corticosteroids used to treat inflammation and rheumatoid arthritis , have been shown to disturb sleep in some people.