Garden where people can make friends to open at Chelsea 2020 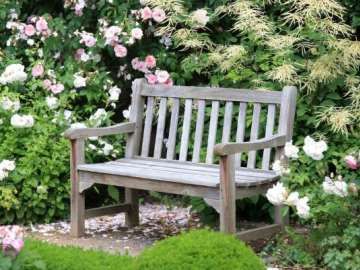 A new garden designed to help tackle loneliness in the UK will be revealed at the Chelsea Flower Show 2020, the RHS have announced.

The society conducted a survey of 2,000 Brits, in collaboration with the NHS, which revealed that a substantial 52% of participants have experienced feeling lonely.

Interestingly, the research found that it's the younger generations who are struggling the most with feelings of isolation, after the 68% of 18 to 24-year-olds admitted to feeling lonely compared to 41% of the over 55s.

The new Chelsea Flower Show garden, entitled the RHS Garden for Friendship will address this issue and aim to encourage people to make friends through gardening. From community gardening to plant-sharing schemes with neighbours and simply talking a walk with a friend through a lovely outdoor area, the new design will shine a light on how gardening can connect people.

From the participants who took part in the RHS study, the main reasons for feeling lonely were sighted as being too busy or too shy to socialise. But the research also found that 39% of Brits turn to their gardens (if they have one) when they feel alone and 53% "enjoy" being surrounded by greenery and admit it boosts their mood.

So it appears that it is time to connect the dots and the RHS Garden for Friendship wants to do just that.

Key findings from the study

"It’s worrying to see that half of all adults suffer from loneliness and it really does affect all ages," says RHS director general Sue Biggs. “Loneliness is a key issue that can impact mental health and that’s why personal wellbeing is a key theme of the RHS Garden for Friendship.

“It’s clear from the study that the younger generation are affected by the digital age which has resulted in lack of face to face communication, while older demographics are suffering in silence living alone.

“We passionately believe gardening is good for mental health and want to encourage people to join local social gardening groups, garden with neighbours or volunteer in gardens in order to boost their wellbeing and confidence.”