Frank Lampard favourite to be next sacked PL manager 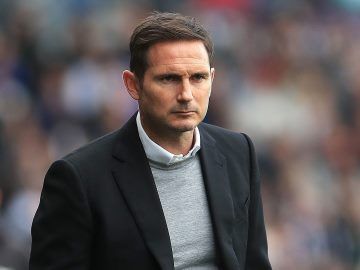 Frank Lampard is under mounting pressure at Chelsea after the club’s alarming recent run continued with defeat at Leicester.

Brendan Rodgers’ side were in impressive form at the King Power Stadium as goals from Wilfred Ndidi and James Maddison saw off Chelsea 2-0 and sent the Foxes top of the table on Tuesday night.

As for Chelsea, the result was their fifth defeat in their last eight games. There are still plenty of matches to be played this season, but a potential title challenge is slipping away with every defeat as the Blues look set to face a battle just to qualify for Champions League football.

West Ham beat West Brom 2-1 on Tuesday to leapfrog Chelsea into seventh position in the table, with Lampard’s Blues sitting on 29 points after 19 games - five off fourth-placed Liverpool having played a game more than the champions.

To put that into context, Arsenal endured a disastrous start to the season which saw Mikel Arteta face serious questions about his role as manager - but the Gunners sit just two points behind Chelsea.

Things can change quickly in a disjointed season, but bookmakers Betfair now have Lampard priced as the favourite (8/11) to be the Premier League manager to leave his post.

Arteta (14/1) is not out of the woods yet, while Newcastle’s Steve Bruce (15/8) and Sheffield United boss Chris Wilder (3/1) are also under pressure.