For $666, You Can Spend Halloween Eve in a Recreated Alcatraz Jail Cell 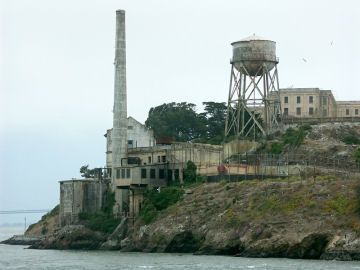 Looking for hair-raising Halloween plans? If dungeon-themed haunted houses aren’t scary enough for you, a tourist attraction in San Francisco is offering visitors the chance to spend the night in a simulation of the city’s infamous Alcatraz prison, according to Money.

The cell includes four twin beds, pajamas, midnight snacks, and a spooky bedtime story from a “dungeon resident.” Breakfast is also provided the next morning, along with a goody bag.

This isn’t the first macabre experience offered by The San Francisco Dungeon: As Eater San Francisco reports, the group also launched a pop-up “rat café” in 2017. A parody of cat cafes, the rodent-themed eatery allowed patrons to play with rats in a basement, following a light meal of coffee, tea, and pastries.

Sleepover reservations for the Ghosts of Alcatraz suite will be accepted starting Friday, October 13, at 10:13 a.m. EST. They’re available on a first-come, first-serve basis, so book your stay early through Booking.com if you’re curious about what it would be like to spend a night locked up in the Big House.