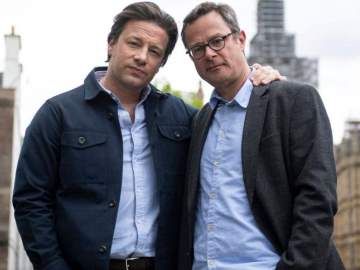 Adverts for fatty foods ranging from guacamole to quiche could fall foul of Transport for London’s new rules starting next week.

“Unhealthy” food adverts are being axed at Tube stations and bus stops from Monday as part of a policy by the Mayor of London to tackle soaring rates of childhood obesity. The ban is backed by celebrity chefs Jamie Oliver and Hugh Fearnley-Whittingstall.

TfL is using a nutrient profiling model created by Public Health England. Foods are given a score based on the balance between beneficial nutrients and ingredients which children should reduce in their diet, such as sugars, saturated fat and salt.

McDonald’s has confirmed it will continue to advertise on the TfL network under the new rules. Some adverts for unhealthy food will remain on the network after Monday if they booked a space for a long period.

However, City Hall said work is continuing to remove them “as soon as possible”, with all future bookings already subject to the new policy.

From Monday new adverts for products which are high in fat, salt and sugar will not be accepted. Advertisers can apply for an exception by arguing they do not target children.

After the Evening Standard contacted City Hall for comment on the full list of items on TfL’s website, officers added an extra clause into the official guidance document, saying: “This list should not be read as a list of banned products”, while a City Hall spokesman stressed a “common sense” approach will be taken with each new advert application.

The ban has stirred a row at City Hall with the Conservative opposition hailing it a “cheap PR stunt” that will cost TfL £13 million a year in lost revenue.

“Does he really think that children are driven to gorging on junk food after seeing adverts for cereals, bread, salads and cooking sauces?” A spokesman for Mr Khan said: “Child obesity is a serious health problem in London and it’s only right that we take bold steps to tackle it.

“The Mayor is confident these changes will not only reduce children’s exposure to junk food advertising, but also empower Londoners to make healthier food choices for themselves and their families...

“He is clear this is not a silver bullet ... Government must also step up and do more to help tackle childhood obesity in London and across the country."