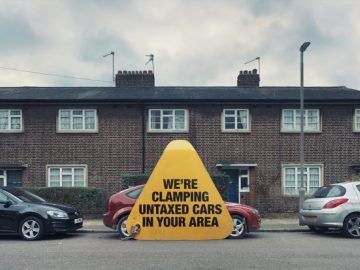 The Driver and Vehicle Licensing Agency (DVLA) said today that excuses it has received for not paying vehicle tax included their van being full of chickens.

The agency said that inventive excuses it had received for nonpayment included:

DVLA chief executive Julie Lennard said: “While we know that the vast majority of motorists tax their cars on time, there are still some who choose not to.

“Taxing your car is so easy to do online, so there really is no excuse – even if it is filled with chickens.”

The DVLA said it sends reminders to motorists when their vehicle tax is due. It motorists can also check their vehicle’s tax status on the DVLA’s website.