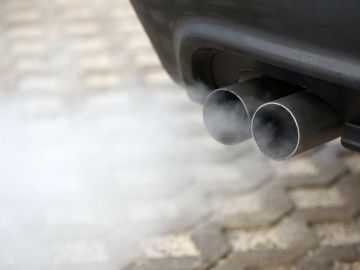 Under new rules to combat air pollution, drivers who leave their engines running could be slapped with on-the-spot fines of £100.

According to The Times, the Department for Transport is considering increasing the current £20 fine to the higher charge and a public consultation will start in the summer as part of plans to reduce carbon emissions in England.

These plans will draw up guidelines for local councils on improving the monitoring of drivers who leave their engines running, as well as how to target repeat offenders.

This particularly applies to motorists who leave their engines on while waiting outside schools, on high streets, in taxi ranks and other built up areas, which can produce higher emissions than moving vehicles.

The government hopes this will also and provide guidance to local authorities on their anti-idling powers which will enable them to enforce the law more effectively.

"Children are breaking in this toxic air"

Although the size of the fine is yet to be decided, the £100 is being considered as it will mirror the same fixed penalties for speeding.

The transport department said poor air quality is the biggest environmental risk to public health in the UK and every minute, an idling car produces enough exhaust emissions to fill 150 balloons with harmful chemicals, including cyanide, NOx and PM2.5.

These can result in a range of health problems that have been shown to be particularly damaging to children.

Chris Grayling, Transport Secretary, said: “We are determined to crack down on drivers who pollute our communities by leaving their engines running, particularly outside school gates where our children are breaking in this toxic air.

“Putting a stop to idling is an easy way to drive down dangerously high levels of pollution, reducing its impact on the environment and our health.”

Edmund King, president of the AA, told The Times: “The problem isn’t the level of the fine but the awareness of the fact that it’s an offence to leave engines idling. Whilst we wouldn’t oppose penalties being increased, they must go alongside a high-profile information campaign advising drivers to switch off their engines.”