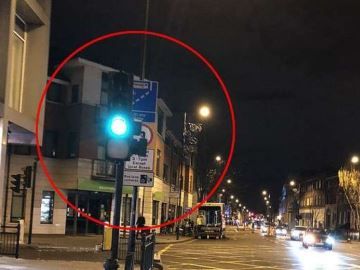 A London motorist has won a landmark case against her local council which unfairly handed out penalty charge notices totalling £14,000 a day.

Emma Bartholomew launched the case against Hackney Council after her mother was fined £65 for illegally turning left at the junction between Mare Street and Richmond Road.

Ms Bartholomew successfully argued signage at the junction warning of the restrictions on turning left is confusing and unclear for motorists – but could you spot the warning signs?

The cameras were introduced in June 2018 as part of a council initiative to reduce pollution around a nearby primary school at the start and end of the school day.

Cars are now banned from entering the bus lane on Richmond Road between 7-10am and 3-7pm on school days, and Saturdays, to ease congestion around the popular Broadway Market.

The RAC has previously urged the local council to improve signage after it was revealed nearly £900,000 in fines had been collected from enforcement cameras at the junction in just two months.

The “no left turn” is located behind the traffic lights at the junction, obscuring the view motorists have of the sign as they turn left onto Richmond Road.

Speaking in August 2018, spokesman Rod Dennis said the sheer number of fines suggests something is wrong with the junction, as the majority of drivers wouldn’t intentionally ignore street signs.

“The sign is immediately past a busy pedestrian crossing and between two sections of bus lane on Mare Street,” he said. “A driver would have just moments to read all the traffic signs and decide whether they were permitted to turn left.”

Ms Bartholomew’s 72-year-old mother was caught by the enforcement camera when dropping off clothes at a local hospice and hadn’t seen the restrictions on turning left at the junction.

She said: “She had no idea about the camera and the first we knew was when a fine appeared in the post. The conditions she was driving in were not very good and she just did not see the sign.”

The verdict comes just a month after a motorist in Chelmsford won her appeal against a fine for illegally driving through a bus gate, arguing there was simply too much signage for drivers to process.