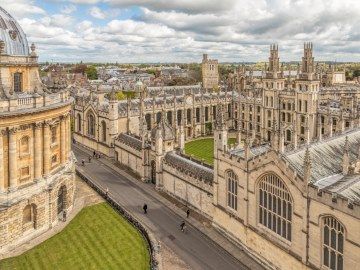 A nine-year-old boy will become the youngest ever graduate at the end of this year, sparking a competition among the world’s top universities to sign up the boy genius.

Laurent Simons has an IQ of at least 145 and will complete his electrical engineering degree from the Eindhoven University of Technology in December.

“I really want to go to California, the weather is nice there,” said Laurent, who is half Dutch and half Belgian and lives in Amsterdam.

But Laurent’s father Alexander told the Telegraph his son could be tempted away from the California sun by the dreaming spires of Oxford.

Professors from the US’s best universities are already courting Laurent, who loves playing video games like Fortnite and Minecraft, with offers of Master's courses and even PhD programmes. Some have already given him homework after informal Skype interviews.

“There is definitely competition to get him on the course.If he goes to America then we will go out with him and split our time there with his grandparents,” Alexander, 37, said.

“But Oxford and Cambridge are also in the major league” the Belgian dentist said, “and it would be very much more convenient for us.”

One of Laurent’s mentors, a Switzerland based professor in mathematics, went to Oxford. Maths is Laurent’s favourite subject, he said, because “it is so it's so vast, there's statistics, geometry, algebra".

John Wilkes, who went to Jesus College and is now Dean of Academics at the American University in Switzerland, taught Laurent in summer courses.

He told the Telegraph, “He really was a delight to tutor and very well balanced, able to be like a child and an adult at the same time.

“I taught him when he was six and we studied at the level of a 16 year-old,” he said, “I really would recommend Oxford for him.”

“He would develop somewhere the environment is  about learning rather than being taught. For someone like Laurent that is ideal.”

Alexander added, “Laurent works best when he has a good feeling with someone and clicks with them. That is the most important thing we are looking for.”

Amazingly Laurent only began his university studies in March and has nearly completed in just nine months. His tutor said he was three times more intelligent than his next cleverest student.

Laurent, who dreams of becoming a heart surgeon or astronaut when he grows up, will smash the world record held since 1994 by Michael Kearney, who graduated from the University of Alabama at the age of ten.

Laurent finished secondary school aged eight after completing six years of education in just a year and a half. His father and mother Lydia, 29, an office manager, watched him collect his diploma in a hall full of 18-year-olds.

It was his grandparents who first noticed that Laurent was gifted. They looked after the wunderkind while his father and mother ran the dentist business.

“His grandparents told us but we didn’t take it too seriously. We thought all grandparents say that,” said Alexander, “But then he went to school and he started going faster and faster.”

His grandparents also inspired Laurent to want to revolutionise heart surgery because they have cardiac problems.

By the time he got to university Laurent, who has a photographic memory, was already used to being the youngest student in the room.

Professor Peter Baltus teaches Laurent at the university in Eindhoven in the Netherlands. “He is three times smarter than the best student I have met in my long career. He achieves a level of solutions that many adult students never reach,” he said.

He was six when he went to high school and a year later, to fight off boredom at school, was allowed to start a research project at the Academic Medical Centre in Amsterdam.

Despite his voracious appetite for learning, it wasn’t always easy. Laurent’s loves are maths and science but at high school he was forced to trudge through long novels dealing with romance.

“The high school novels were not about the things he was interested in,” said Alexander, “but he liked Shakespeare. There is a bit of action and not too much romance and he liked it because there are movies about it.”

“When he is on his own he likes to watch Netflix,” Alexander said, “and when his friends come round to play they all sit around playing games on their mobile phones in silence like any other kids”

Laurent loves his two German shepherds, Joe and Sam, and is a keen go-karter. He likes Formula one racing and is a fan of Ferrari's Sebastian Vettel.

Lydia, his mother, added, “He is just as stubborn as any other nine-year-old when dinner is not to his liking. And that's a lot!"