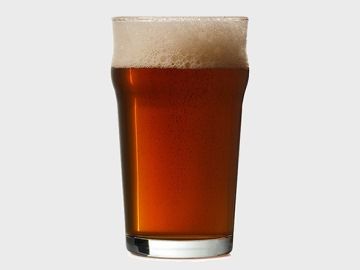 The average price of a pint of bitter in pubs has topped £3 for the first time, a new report has revealed.

The price rose by 6p over the past year to £3.05, the biggest increase since 2014, data published by the British Beer & Pub Association (BBPA) showed.

Brigid Simmonds, chief executive of the BBPA, said: "Our latest Stats Handbook shows that the taxes on UK beer are still a huge cause for concern, and we cannot afford another beer duty hike in the November Budget, if we are to keep a pint in the pub affordable for British beer drinkers.

"However, a wealth of other data, shows that with the right policies, the beer and pub industry, which supports 900,000 jobs, can continue to help grow the economy, creating new jobs and more opportunities for the people who work in our sector."

It comes after a separate report released earlier this month found London is no longer the most expensive place to buy a pint .

The guide claimed that prices in the country had been driven higher by a surge in affluent people searching for the "good life".

Meanwhile, Brewers Young's is offering a free pint in its pubs from Thursday to Sunday to mark its 186th birthday.