Attention sillytonians and nickums: Forgotten words you should be using 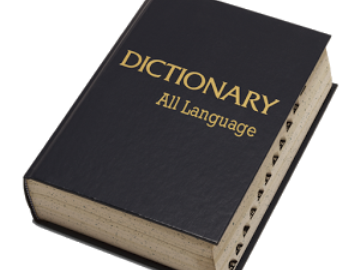 Have you ever felt betrumped, merry-go-sorry, or like a right sillytonian? Or maybe you fancy yourself as a bit of a percher.

Well you wouldn't know, because all of those words have fallen out of the English language, even though we could really do with them.

Language experts at the University of York have compiled a list of lost words that fit within themes that could be highly relevant to modern life.

These are post-truth (deception), appearance, personality and behaviour, and emotions.

The linguists, in partnership with Privilege insurance, scoured historic texts and etymological dictionaries to compile the list of 30 words that we might find useful today, with the ultimate goal of bringing back everyday English.

Dominic Watt, senior lecturer in language and linguistic science at the University of York, said: "As professional linguists and historians of English we were intrigued by the challenge of developing a list of lost words that are still relevant to modern life, and that we could potentially campaign to bring back into modern day language."

Ambodexter - One who takes bribes from both sides

Nickum - A cheating or dishonest person

Quacksalver - A person who dishonestly claims knowledge of or skill in medicine; a pedlar of false cures

Rouker - A person who whispers or murmurs; one who spreads tales or rumours

Slug-a-bed - One who lies long in bed through laziness

Losenger - A false flatterer, a lying rascal, a deceiver

Momist - A person who habitually finds fault; a harsh critic

Peacockize - To behave like a peacock, to pose or strut ostentatiously

Percher - A person who aspires to a higher rank or status; an ambitious or self-assertive person

Ruff - To swagger, bluster, domineer. To ruff it out or to brag or boast of a thing

Sillytonian - A silly or gullible person, one considered as belonging to a notional sect of such people

Hugge - To shudder, shrink, shiver, or shake with fear or with cold

Merry-go-sorry - A mixture of joy and sorrow

Stomaching - Full of malignity, given to cherish anger or resentment

Swerk - To be or become dark, gloomy, troubled, or sad