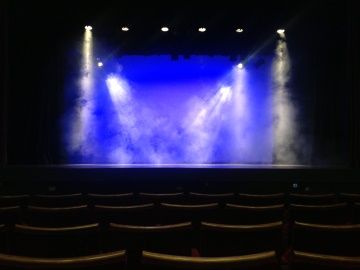 It’s easy to feel trapped at home during lockdown but thankfully there are plenty of theatrical treats available to stream straight into your home. Here’s an updated list of the best shows on offer

One of the big success stories of the lockdown has been the way that the arts industry has responded to the crisis making theatrical hits available to stream at home or staging ‘virtual’ performances from artists homes.

Last weekend the National Theatre screened ‘as live’ recording of James Corden in One Man Two Guvnors which gained more than a million viewers live and will gain many thousands while it remains on the National’s free-to-view You Tube channel. It reminds us just how important the arts are in bolstering our morale and broadening our view of the world – particularly when we are wrapped up in our little bubbles.

Here are some new cultural gems which may provide some engaging entertainment during the coming week.

Britain’s leading musical peer is streaming recordings of live performances of his shows for free for a window of 48 hours. Entitled “The Shows Must Go On”, the series will feature some of Lloyd-Webber’s biggest hits.

This week the 2012 production of Jesus Christ Superstar, with Tim Minchin, Melanie C and Chris Moyles, will be streamed. Further shows are to be announced.

While free, the channel is encouraging viewers to donate to a variety of charities – Acting for Others, Broadway Cares and Actors Benevolent Fund.

Before Phoebe Waller-Bridge turned her autobiographical musings into a hit TV series, it was an outstanding one-woman show on the Edinburgh Fringe and then in the West End. It demonstrated that this previously out-of-work actor was not only a talented performer but also a brilliant writer.

Online audiences will be able to gain access to a recording of Phoebe’s stage performance at the Soho Theatre for £4 (access will be granted for 48 hours after payment) all funds raised will be distributed between the National Emergency Trust, NHS Charities, Acting for Others and Fleabag Support Fund (which will distribute grants of £2500 to freelancers working in the UK theatre industry).

Fleabag becomes available to stream from Amazon Prime and Soho Theatre on Demand from Friday April 10. The Soho Theatre site can be accessed here

The Importance of Being Earnest:

Available for a strictly limited period, this hit 2016 co-production by Curve Leicester and Birmingham Rep, starring Cathy Tyson was a huge hit with critics and audiences alike. Directed by The Curve’s artistic director Nikolai Foster, this a wonderful restaging of Oscar Wilde’s comic masterpiece which pokes gentle fun at the idle and entitled rich.

This only available until Sunday April 12. The free screening will be available on The Curve’s website here:

Chichester has a reputation for creating shows with leading stars and directors like Michael Ball and Sir Trevor Nunn which later transfer into a West End theatre.

The Festival Theatre have decided to stream some off their most popular shows to help theatre audiences cope with the frustrations of lockdown.

The online presentations will start with Rachel Wagstaff and Richard Taylor’s Flowers for Mrs Harris, the hit musical with a cast led by Clare Burt, Joanna Riding and Gary Wilmot. It was described by one leading reviewer as: “One of the most heartwarming British musicals of recent years.”

The action is set after the Second World War and follows a woman who becomes obsessed with Dior dresses.

Hampstead Theatre is streaming a live recording of Beth Steel’s 2014 play Wonderland, set during the dark days of the Miner’s Strike in 1984/85. Written to mark the 30th anniversary of the nation-changing battle between Government and traditional industry, Beth Steel’s epic and witty drama takes a 360 degree look at the clashing ideologies during the Strike in 1984 and presents the full sweep of the turbulent events that transformed the country – from the corridors of Westminster, to pitched battles with the police, to the coal faces of Nottinghamshire.

Directed by Edward Hall, the production gained four and five star reviews across the board. Wonderland is only available until Sunday April 12.

The Croft and The Habit of Art:

Bury St Edmunds-based Original Theatre Company was half way through a tour of new play The Croft The Croft by Ali Milles starring Gwen Taylor and was about to launch a second phase of touring of their critically acclaimed production of Alan Bennett’s The Habit of Art.

The company receives no Arts Council subsidy and the cancellations of both productions has thrown them into crisis. Acting swiftly, before the companies disbanded, artistic director Alastair Whatley arranged to have both plays filmed in empty theatres and those performances are now available to be streamed, priced at £2.50 each, with the money going to the cast and backstage crews.

The Croft was described in one review: “A contagion story with uncanny resonance… Philip Franks’s haunted-house production cranks up the tension,” while The Habit of Art, starring Matthew Kelly and David Yelland, was deemed to be “Witty, moving, laugh-aloud funny and understatedly profound.”

After the success of One Man, Two Guvnors last week, the National will be hoping for a similar online turnout for their acclaimed streamed performance of Sally Cookson’s Jane Eyre. Described as “Theatre at its most imaginative” this innovative re-imagining of Charlotte Brontë’s masterpiece was a collaboration between the National Theatre and Bristol Old Vic. This will be released on April 9.

On April 16 there will be a Bryony Lavery’s Treasure Island adaptation starring Arthur Darvill and then on April 23 Twelfth Night with Tamsin Greig.

All streamed productions will be free and screened live every Thursday at 7pm and will then be available on demand for seven days on the National Theatre’s YouTube channel.

Shakespeare’s Globe will release 40 productions on its Globe Player service for free, to help combat boredom during the Coronavirus lockdown.

The shows are Hamlet starring artistic director Michelle Terry (2018), Romeo and Juliet with Ellie Kendrick and Adetomiwa Edun (2009), A Midsummer Night’s Dream with Michelle Terry (2013), The Winter’s Tale with Annette Badland (2018), The Two Noble Kinsmen with Brian Dick (2018) and The Merry Wives of Windsor (2019) with Bryony Hannah. Each show presented for two weeks on a rolling cycle from April 6.

The theatre will release all 34 of the “Globe to Globe” performances for free on the Globe Player, while other artists contributing include Sandi Toksvig, Kathryn Hunter and Jenifer Toksvig, with new resources available to help those teaching children from home.

The BBC have launched a new Culture in Quarantine service which will make archive performances available on BBC i-player as well as providing links to cultural programmes on BBC 4 and Radio 4.

Currently available on the BBC i-player is Scandal and Beauty: a documentary by Mark Gatiss about life and work of controversial Victorian artist Aubrey Beardsley. A lifelong fan, Mark shows how Beardsley was more than just a genius of self-promotion who scandalised the art world of the 1890s. He was also a technological innovator, whose uncompromising attitude still feels remarkably modern. The programme follows Beardsley’s fevered footsteps from his childhood in Brighton, via notoriety among the decadents of London’s fin de siècle, to his early death in France in 1898 at the age of just 25. Mark argues that the key to understanding this elusive artist is his childhood diagnosis of tuberculosis. The knowledge that he was likely to die young created a prodigious work ethic. Throughout his astonishing but brief artistic career, Beardsley constantly adopted new styles - sometimes reinventing himself every few months.

Also available on BBC i-player is a virtual tour Titian Behind Closed Doors – a unique look at Titian’s greatest masterpieces, which are currently under quarantine in the National Gallery.

In the winter of 1550, the most famous painter in Europe came face to face with a prince who was soon to become the most powerful man on earth. What emerged from this encounter between Prince Philip of Spain and the Renaissance master Titian is seen as one of the most extraordinary commissions in all of art history. Given almost total creative freedom and limitless time, Titian returned a series of six extraordinary masterpieces and reinvented painting in the process.

Taken from scenes in Ovid’s Metamorphoses, each painting is more daring than the last, revelling in all facets of human desire, sex and the consequences of love. Dispersed over the centuries, these six paintings have not been seen together for over 450 years, and it has long been a dream of art lovers to re-unite them just as Titian had intended.

But no sooner has the National Gallery, London pulled off this seemingly impossible exhibition than Titian’s master works are once again denied the public gaze. Amid the pandemic that is sweeping the globe, gallery director Gabriele Finaldi was forced to close the gallery doors but BBC cameras had access the exhibition for one time only in order bring this groundbreaking exhibition to screens across Britain and beyond.